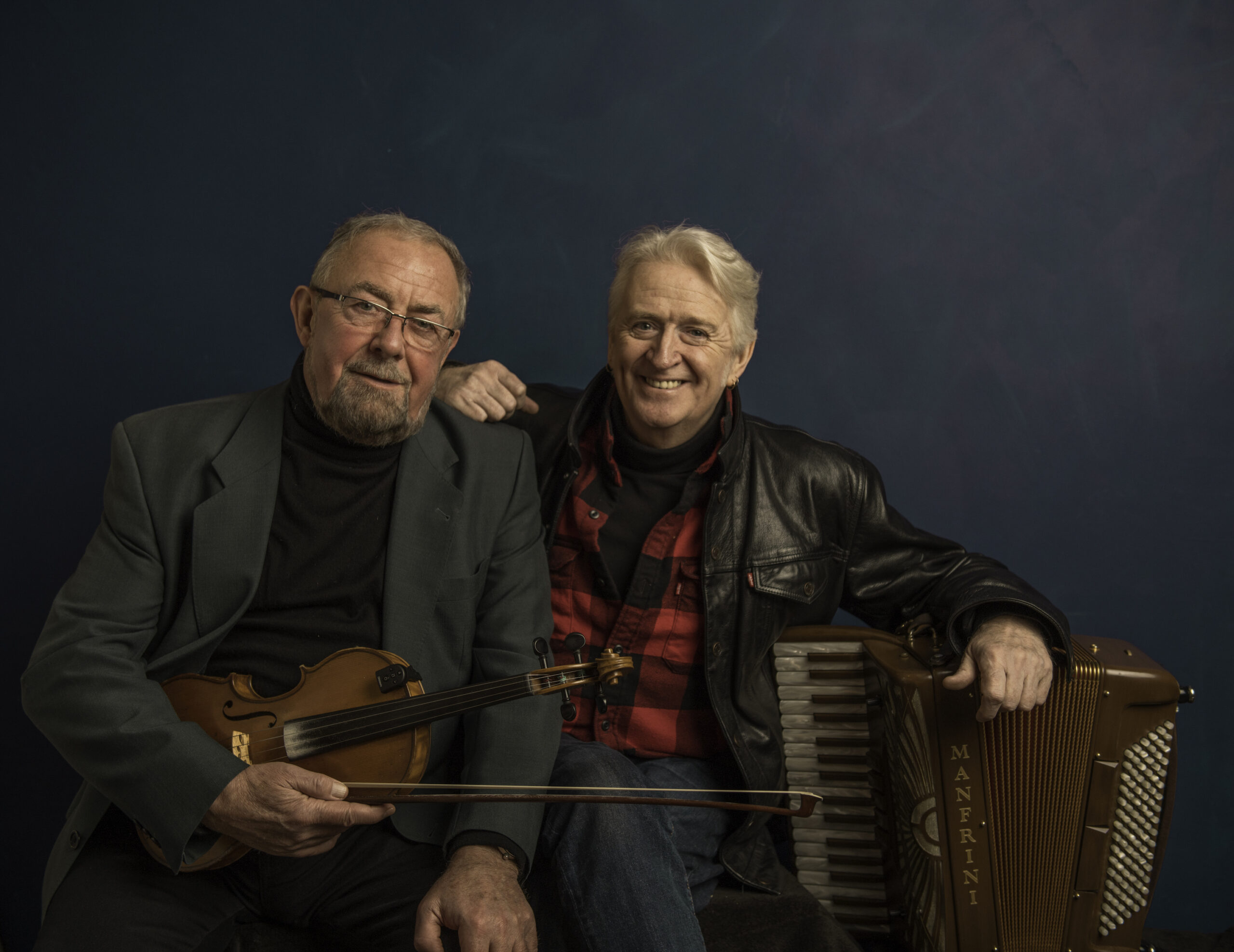 Widely regarded as one of the most exciting and innovative accordion players of the times. Phil Cunningham has taken this instrument from strength to strength, setting the standards by which many young players fix their sights today. Phil’s early work with leading Scots band Silly Wizard (1976-1986) reclaimed a place for the accordion in the traditional music world and his astonishing dexterity and musicality has delighted audiences across the world.

The accordion being only one of the strings to his bow, as a multi-instrumentalist he works extensively in television and film as a composer, musical director and presenter. He is much sought after as a record producer and he manages to juggle all of these diverse commitments enabling him to continue touring and recording with long time musical partner and friend Aly Bain.

Phil is musical director for the BBC’s annual Hogmanay Live. His compositions are covered by musicians the world over, and he continues to write and add to his prolific repertoire. The depth and beauty of his slow airs is recognised universally amongst audiences and performers alike. His orchestral suites for Symphony orchestra and Celtic instruments have received international acclaim. His most recent suite “Ceilidh” was written for and performed by acclaimed percussionist Evelyn Glennie and the Royal Scottish National Orchestra. He teaches regularly, and is currently working to establish a traditional youth orchestra in the Highlands of Scotland.

Phil was awarded the MBE in 2002 for services to Scottish Music, and in 2003 voted Best Instrumentalist in the inaugural Scottish Traditional Music Awards. In 2005 Aly and Phil were awarded Best Duo in the annual BBC Folk Awards.

Aly Bain is Scotland’s supreme traditional style fiddler. His playing is unique – driving, impassioned and pure – with vibrant, unmistakable tone that has earned him a following of ardent fans throughout the world. Born in Lerwick, Shetland in 1946, Aly began playing the fiddle at the age of eleven. In his early twenties, Aly headed to mainland Scotland. His dramatic playing, with great tone and technical ability brought early recognition as an outstanding musician of the folk music revival, and almost overnight, raised the level of expectation for music lovers throughout the country.

Aly embarked on a life of intensive playing, recording and travel that continues to this day. He helped establish the folk band Boys of the Lough with whom he toured extensively and recorded for many years. Simultaneously, Aly pursued a solo career in collaborative and television projects.

Although Aly’s musical base is in Scotland his extensive travels have led to an appreciation and mastery of many kinds of music. He has applied this knowledge to the production of several networked television series bringing traditional music to a constantly widening audience. Aly has received many honours for his services to music, including four Doctorates and an M.B.E., and numerous Honorary Citizenships in the USA. He continues to be an ambassador for Scotland abroad and a powerful advocate for traditional music.

His teaming up, star collision, with brilliant accordionist/composer Phil Cunningham has added yet another dimension of appreciation for audiences everywhere. They have toured and recorded together since 1988 and to date they have recorded six albums, released on Aly’s own record label Whirlie Records. In 2005 they were awarded Best Duo in the annual BBC Folk Awards.