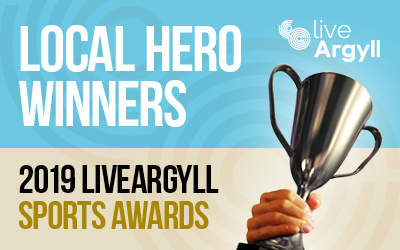 Each year LiveArgyll in partnership with sportscotland hold the volunteer sport awards in Argyll and Bute. Local groups and clubs across the entire area of Argyll and Bute nominate their volunteer coaches that have made a substantial commitment and impact in their sports and for their community. An independent panel made up of sportscotland representatives, the LiveArgyll senior management team, the board and local sportsmen and women scored the nominations. There were 7 categories that received nominations this year and we received over 60 individual nominations. It is my pleasure to announce 2019’s winners.

Primary Young Leader award is for volunteer sport leaders under 12

Skye Evans from Cardross Primary School in Helensburgh for her commitment on her school’s sports council, leading and mentoring younger pupils and for encouraging her classmates to never give up.

Young Coach is award for volunteer coaches under 25

Heather Ferguson for founding the Bute Ladies Shinty Club. One year on from what started as a facebook post to play Shinty in the park is now two competitive ladies teams with members from 15years old to 50 years old. On top of coaching the women’s teams, Heather also helps coach in local schools and her teammates cite how she has acted as a role model to younger girls, helping improve confidence of her players and providing purpose for the ladies in this team. 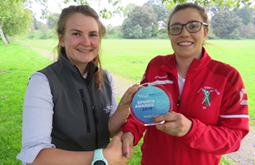 Laurenne Cameron for coaching Shinty both in schools and local clubs in Lochgilphead. In particular for the high quality coaching she delivers to the young squad of girls and women at Dunadd ladies Shinty, coaching both the Kilmory and Dunadd Junior Shinty clubs and at the after school Shinty clubs. Without the time and dedication Laurenne has consistently shown for the sport participation in Shinty in the area would have continued to struggle to grow. 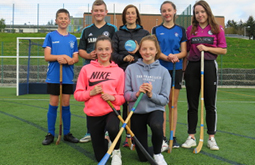 Castlehill Football Team in Campbeltown not only won both the Baldy and Millenium Cup this year, but as a team demonstrated positive relationships, teamwork, and sportsmanship by always showing each other respect and empathy. The team has helped to inspire younger children to engage in football games and sporting activities. They have taken the time to teach them how to play and have set a high standard for the club next year.

Barry Cox has been playing Hockey in Helensburgh for nearly 30 years. During that time he has been captain of the club, junior coach and treasurer. His role as treasurer for nearly 20 years is the reason the club is still going today, however, it was starting the junior hockey club that has had the biggest impact in the community.

Barry started Helensburgh’s junior hockey club nearly 20 years ago and at its height it had over 100 children playing hockey each week as well as competing in local competitions. Barry is a vital player and experienced coach for everyone, from juniors all the way through to the senior figures at the club. When Barry joined the club, there was one men’s team, now the club has three full men’s teams and this is completely down to his persistence and encouragement of the junior side of the game! Without Barry, there would be no hockey in Helensburgh and the surrounding area!

Club of the Year

Helensburgh Netball Club aspires to make netball attainable, enjoyable and affordable to women and girls in the local area for those aged 14 and over and is run by volunteers. At present the club offers weekly fun netball sessions as well as training sessions for two teams competing in the Glasgow Netball Association league. The club’s recreational offering has gone from strength to strength this year with a huge influx of new players and opportunities to showcase new found skills and friendships in national “bounce back to netball” friendly tournaments, winning awards for good sportsmanship and even best dressed team.  As holders of a well fought after and deserved Gold Thistle Award, Helensburgh Netball Club have proven themselves as a mature and well established volunteer led sports group with a commitment to offering a growing sport at all levels to women in the local Helensburgh community.

Community Coach of the Year

And the Community Coach of the year goes to Walter Spiers from Oban Lorne Rugby Football Club. Walter took up the reins of the mini section at Oban Lorne starting out with a group of about ten young players in the pouring rain! Walters’s dedication and organisational skills have built the mini section upto around 80 players catering for all primary ages, abilities and experience. The Mini Rugby section at Oban Lorne is viewed by Scottish Rugby as a model of best practice providing a safe and enjoyable learning environment for all. Walters’s enthusiasm for the game is infectious which has allowed him to buildup a high quality band of coaches and other volunteers allowing the mini section to thrive both a training sessions and at match days in the Argyll & Bute Dalriada Festivals. Along with the numbers attending Walter has worked hard to improve the quality of delivery at the club which has helped enhance the Youth Rugby Teams as well as the Men’s and Ladies 1st xv’s. 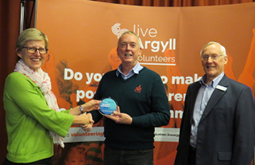 On behalf of LiveArgyll and sportscotland, a huge congratulations to our winners and thank you to all the volunteer coaches and sports leaders for all you have done for sport in your community.