The Naming of Helensburgh 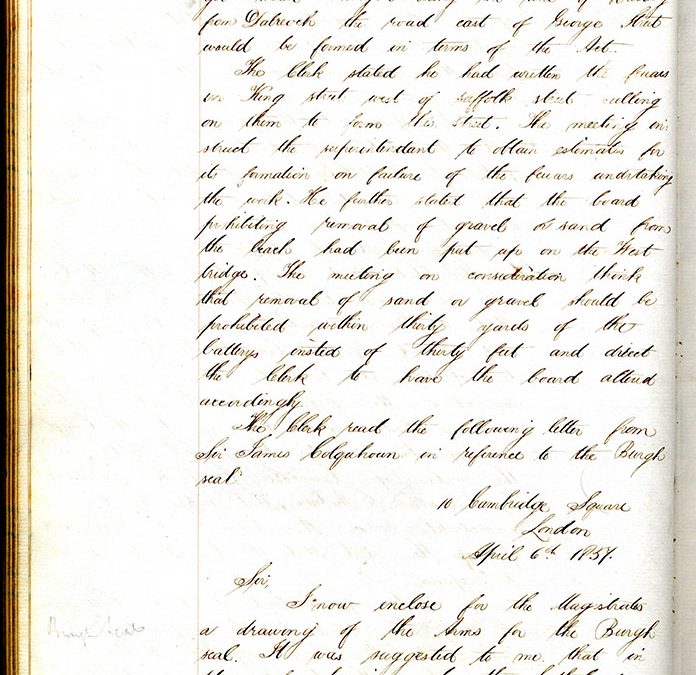 Welcome to liveArgyll’s Archives for Argyll and Bute.

The Archives (Records Office) holds and preserves the official records of Argyll and Bute Council and also the records of the organisations whose functions the Council inherited.These organisations include: the Commissioners of Supply, parish councils, burgh councils, schools, school boards, Argyll County Council and Bute County Council.They tell the story of how Argyll and Bute has developed over the centuries and many contain the stories of individual people who lived here.Our oldest record is the Rothesay Charter, which dates from 1400.Our newest records are the reports and agendas used in Council meetings today.We also provide accommodation for records created by private individuals, estates, solicitors, businesses and clubs located within the area of Argyll and Bute Council. These private records are often held on indefinite loan and remain the property of the person or institute depositing them.

We hold a very detailed letter from James Colquhoun dated April 6th 1857 to the then town clerk of Helensburgh explaining how the town got it’s name. 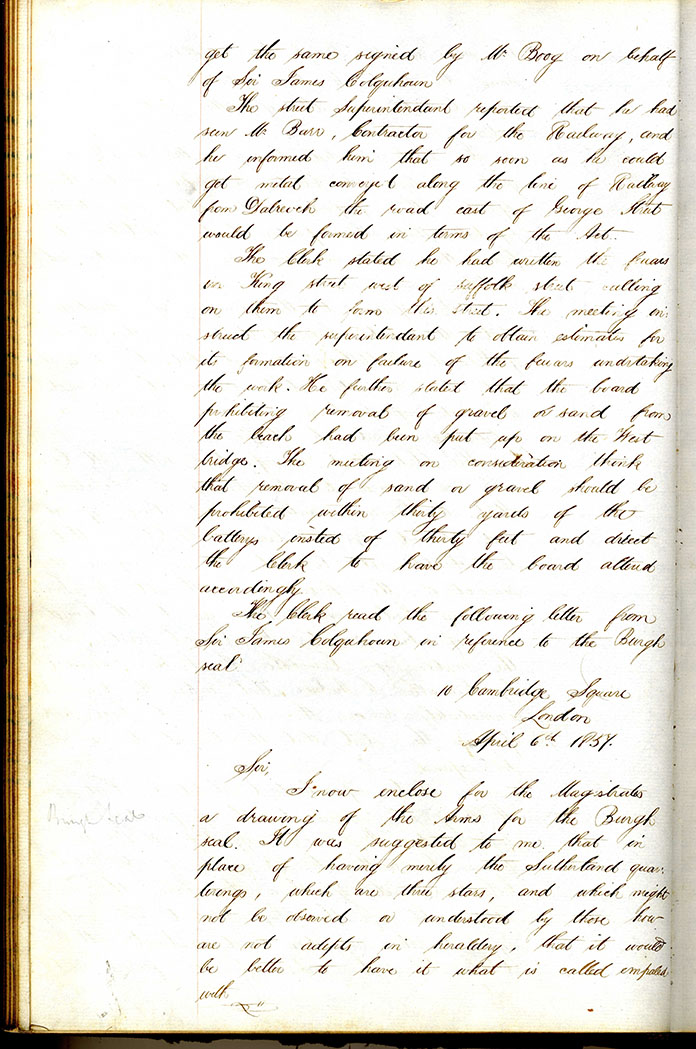 The transcription is as follows:

I now enclose for the Magistrates a drawing of the Arms of the Burgh seal.  It was suggested to me that inplace of having merely the Sutherland quarterings, which are the stars, and which might not be observed or understood by those how [sic] are not adepts in heraldry, that it would be better to have it what is called empaled with one of the supporters of the Sutherland Arms, and this was the usual practice in former times.  The seal can be made of any size that is wished with the inscription around it that was approved of.

I observe that Mr. Irving in his History of Dunbartonshire, in giving an account of the Parish of Row, states that the Barony of Milligs was purchased by my father, and named by him after a daughter of the Duke of Sutherland, This is wrong in every particular and it certainly does not say much for the accuracy of his history, when he makes so many mistakes in regard to a matter of such comparatively recent occurrence , and when he could so easily obtained correct information from any of the old people of Helensburgh.  The Milligs was purchased by my Great Grandfather from Sir John Shaw of Greenock, Ancestor of the present Sir Michael Shaw Stewart and he proposed to have a Burgh of Barony upon it, and commenced the Burgh by feuing different portions of the ground, and named it after his wife, who was a daughter of the Earl of Sutherland, the Dukedom having been conferred on the Father of the present duke.

As regards the name of the Burgh, I have often heard my grand Aunts, the daughters of Lady Helen Sutherland relate the following anecdote.  My Great Grandfather was much puzzled what to call the intended Burgh.  Many names were suggested to him, but none that he liked or approved of.  At last being in Company with a gentleman a friend of his, he took occasion to mention the difficulty to him, and to ask for his assistance.  I see no difficulty about the matter his friend replied, call it after your good Lady, call it Helens Burgh.  That is the name said my Great Grandfather, and so it was accordingly called.  The Act constituting Helensburgh a Burgh of Barony was not however obtained until after the death of my Great Grandfather.  I think the Magistrates should have some record showing who it was that commenced the Burgh and how it was named.