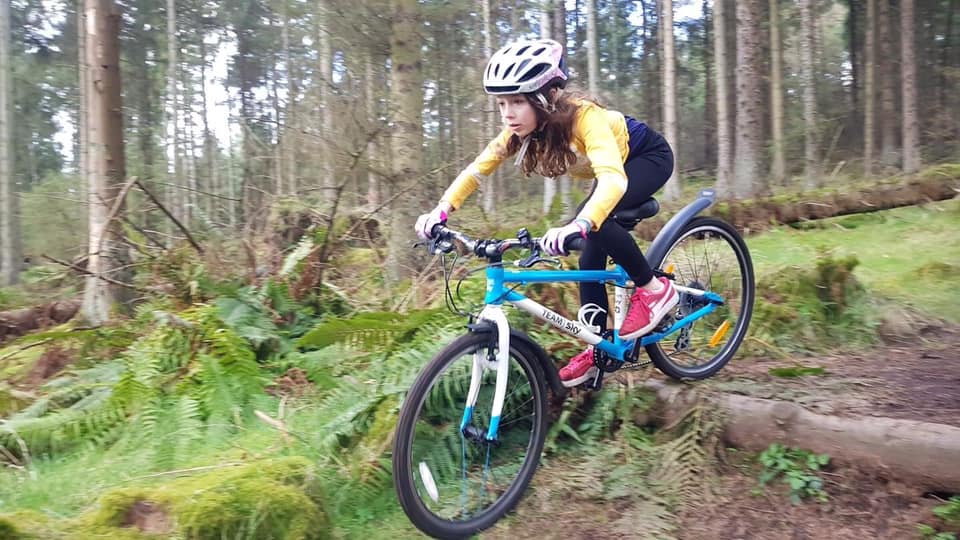 Women and Girls in Sport in Argyll and Bute 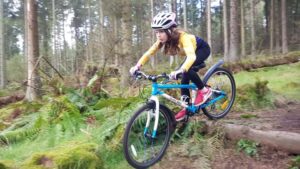 Women and Girls in Sport Week provides an opportunity to shine a spotlight on women and girls participation in sport and physical activity. We wanted to take this moment to highlight and celebrate some of the women and girls involved in sport in Argyll and Bute.

We spoke to local sportswomen – professionals, podium placers, coaches, club committee members and amateur athletes pushing themselves in their sports. These women and girls share their aspirations, realities and tell us their ‘why’ to keep playing, coaching and taking part in personal challenges.

If you are interested in being involved in an Argyll and Bute Women’s Coaching Network please contact cshub@liveargyll.co.uk 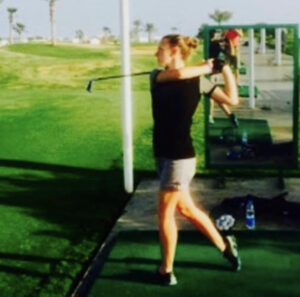 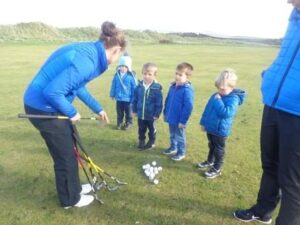 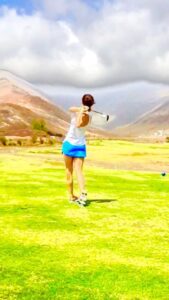 “I have played golf for 32 years, I’ve always loved being out on the course. My Dad and younger brother are both Golf Professionals, we grew up on a golf course, so it runs in the family.

There’s just nothing better than teaching a group of children and seeing them progress and grow over the years. Machrihanish Golf Club have a great junior section and it is a joy working there.” 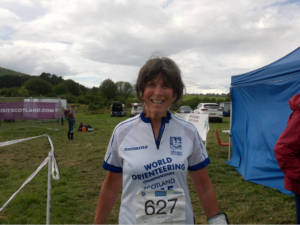 “Orienteering is an amazing sport and is both physically and mentally challenging.  It is suitable for people of all ages and can be enjoyed individually, as a group or as a family.  I know of no other sport that can accommodate several thousand competitors (including elite, world class athletes) with age categories ranging from toddlers up to 100 +, in a single competition.  Where else will you see an 8 year old, a 90 year old with a stick and a 21 year old running from the last control to the finish line?

I enjoy the social side of orienteering and chatting to like-minded people. I have competed in some stunning areas and at times been totally lost, frustrated and well out of my comfort zone but the processes involved in learning to orienteer develop many skills – resilience, problem solving and logical thinking to name but a few.

As club development officer, I am working at raising the profile of the club, orienteering and its many benefits, within the local area. We have recently held our first post lockdown event after a month’s worth of orienteering activities.  I think it’s fair to say that it was very successful with 40 competitors and lots of happy smiling faces despite the torrential rain.

Orienteering is a passion and I am now developing my role as one of the club’s coaches taking great pleasure in passing on any little nuggets about that elusive, perfect run! “ 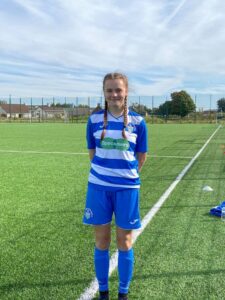 Having been brought up on Bute, Carrie describes herself as always being sporty but she didn’t really get into playing football until she joined Bute Youth Football Club under the leadership of Roddy Leitch. Whilst there she attended training sessions but didn’t play competitively until she joined Greenock Morton.

Carrie travels at least once per week, after school, from Bute to Greenock to train and plays competitively on the mainland at the weekend. She speaks very highly of the support from Mr James, Principal Teacher of PE, who first arranged for her to attend the Greenock club and also highlights her Uncle as invaluable in her success so far – giving many hours of his time to accompany her travelling and supporting her financially.

After Carrie leaves school she would like pursue a career in sport, preferably as a professional footballer. 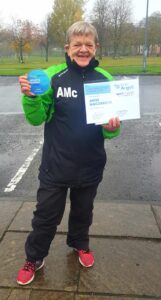 Anne was our Coach of the Year 2020 winner for her dedication to her club as a coach and taking it from strength to strength.

“Coaching is rewarding, challenging but fun.  Watching young players develop physically, emotionally and enhancing their skills and knowledge base is particularly rewarding.  Managing a mixed group of skills can be challenging as training has to be intense enough on the one level whilst ensuring new players or less experienced are not overwhelmed.  There has to be an element of fun and camaraderie is important, building lifelong friendships with people who have a common passion for sport is something I also value highly”. 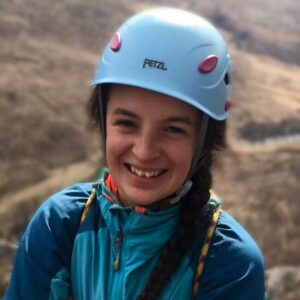 Kirsty has worked in outdoor pursuits since she was 17 and is an experienced mountain climber at just 26. Kirsty is also a volunteer in the Oban Mountain rescue Team and for Our Shared Outdoors who are dedicated to diversifying outdoor spaces.

You can watch Kirsty in the film ‘Called to the Mountains’ about what it means to her to be in the hills. 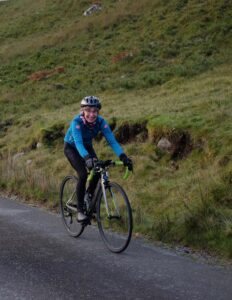 “I always feel that I am one of the least sporty people in the world, which is odd as I now spend most

of my free time on my bike, but I came to it late from a background of inactivity, and I tend to think that if I can cycle for miles then anyone can! I love the freedom, the adrenaline, the friends, the escape, the adventure, the competition, the feeling when you collapse into bed at night totally exhausted, and especially the hills!”

In memory of her father, Carol took on a lockdown challenge to ‘Everest’ a local hill in September. ‘Everesting’ means cycling up the same hill until you have completed the height of Mt Everest – 29029 feet. Carol cycled the same hill for nearly 18 hours. Her club members came out to support her and she has raised over £20000 for Macmillan Cancer Support.

“It was a day I’ll always remember, from riding alone under the stars to the party atmosphere of the afternoon and the long, hard evening when each hill seemed to take 100 years.”

You can sponsor Carol here https://www.justgiving.com/fundraising/carol-lawson8848 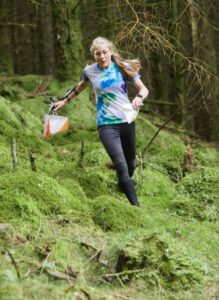 Iris attended the talent assessment camp for British orienteering in Edinburgh during the October holidays and just heard that she has been selected for the British Orienteering Talent squad (Tier 1) for 2020-2021 season. 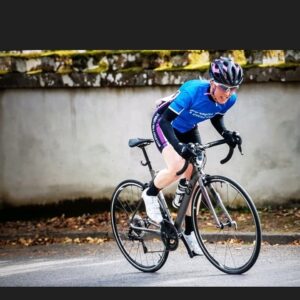 Louise is in her 50s and like so many others relates to not being involved in sport in her school years. However, as an adult, Louise has performed at a high level across serval sports. Her dedication to compete meant she has overcome injury and even travelled to Victoria Park AC in Glasgow as there were no local opportunities.

“At Craggy Island in 2018 I qualified to represent GB in my age group at the cross tri world championships in Spain in April 2019. I Started racing cyclo-cross again last year at the Scottish National Champs, got the silver medal in my age group. I have been racing since on bikes only this year rode a the National Trophy cyclo-cross in Westmorland coming 5th which I was chuffed with as there were 3 current world champions in the top 3, it was an amazing line-up. After this race, I was invited to join Torvelo Racing Team who are based in Glasgow. They have started a women’s team and I will be racing for them in 2021.” 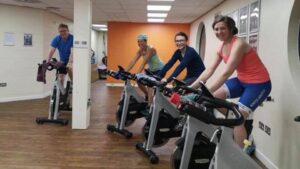 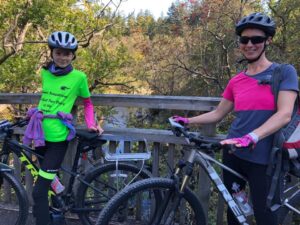 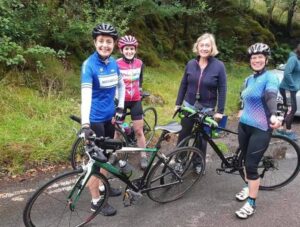 At NACC as women’s rep I thought Women and Girls in Sport Week would be a good time to reflect upon the huge increase in female participation in our sport these last few years. Participation in cycling is up in general (particularly this year), but strikingly our female NACC membership has more than doubled since 2015!

Our club committee now also has several women on it, ensuring that we can continue to inspire more women and girls in the area to get out on two wheels. 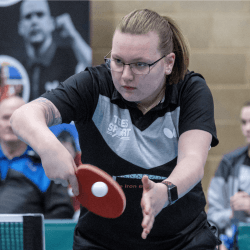 A UKCC Level 2 Coach, Represented Scotland at the Commonwealth Table Tennis Championships, European Championships, and the European League. Scottish National Doubles Champions and Home Nations Bronze Medallist. We caught up with Lucy who gave us an insight into female participation at club and national level. You can watch it here https://twitter.com/ABActiveSchools/status/1321850366695219200?s=20 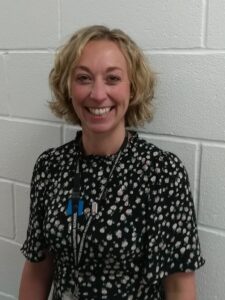 “I plan to run a marathon in March, which I am excited about. I have always kept fit an enjoy cycling, ran a few 5ks, but speaking to a teaching assistant in the school who runs and he encouraged me to start again. I ran 18 miles on Sunday and feel great, but a bit tired! Running gets me outdoors and I enjoy the headspace to think and relax.”

Funbox presents HOW TO BE A SUPERHERO