Below we bring you, bit by bit, a memorial that Ormidale wrote in 1798 laying out his grievances against his brother (“the late Otter”) in an attempt to have his will overturned. We have done our best to decipher Ormidale’s scrawl but please feel free to offer corrections of any word you think we have misread. We are quite sure that there will be a few.

We are particularly keen to hear suggestions for the word before “Intaill” in the second last line. 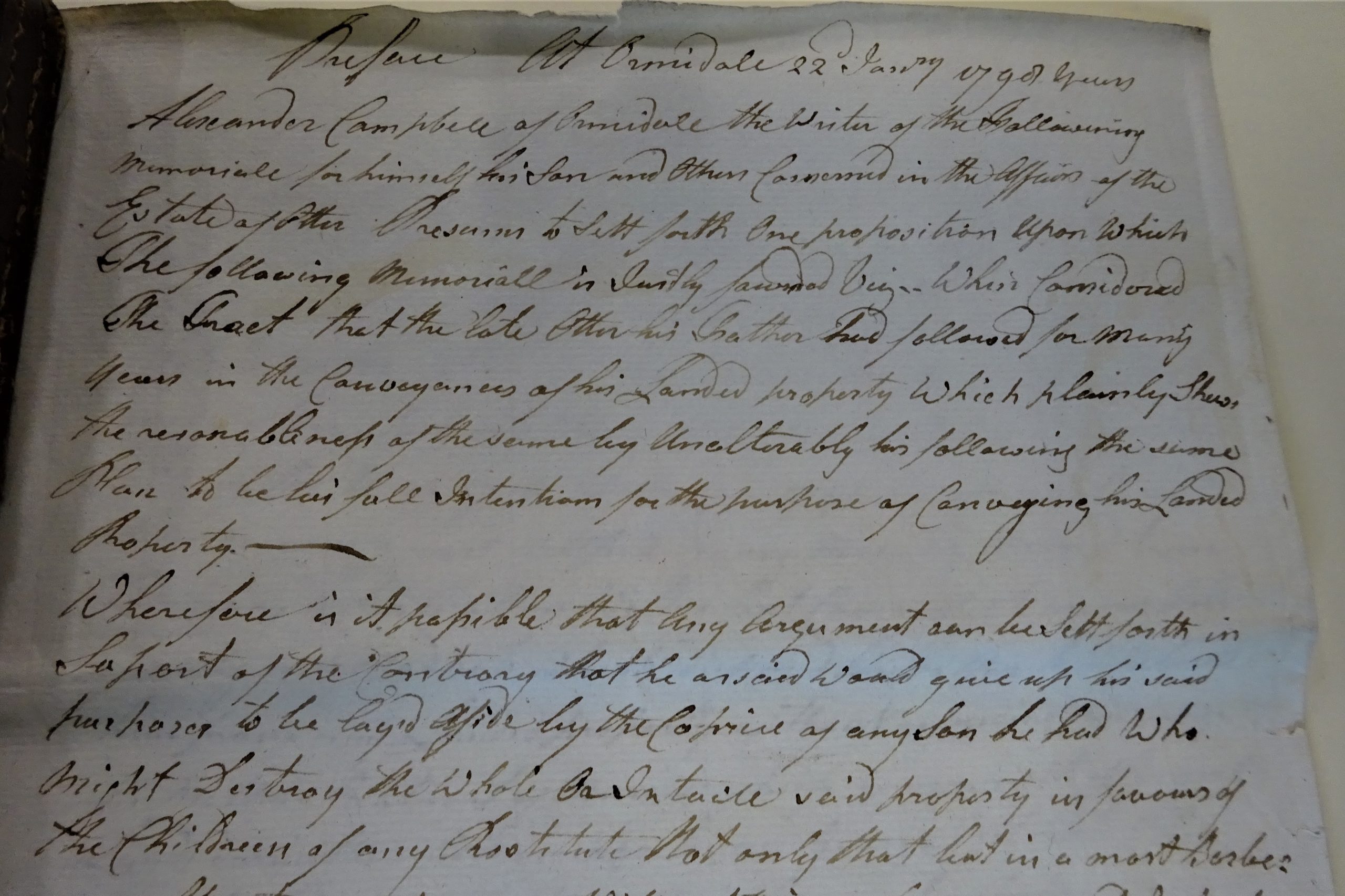 Alexander Campbell of Ormidale the Writer of the Following

Estate of Otter Presums to Sett forth one proposition Upon Which

The following Memoriall is justly faunded Viz in When Considered

Years in the Conveyances of his Landed property Which Plainly Shews

the reasonableness of the same by Unalterably his following the same

Might Destroy the Whole Oa Intaill said property in favour of

the Children of any Prostitute

Ormidale is saying here that Otter had no right to ignore their father’s wishes, no matter how badly the two had fallen out. He goes into much more detail about their differences later on in the memorial itself. You can see from this extract how difficult it is to understand documents which do not have modern punctuation, but instead rely on capitalising Important Words. 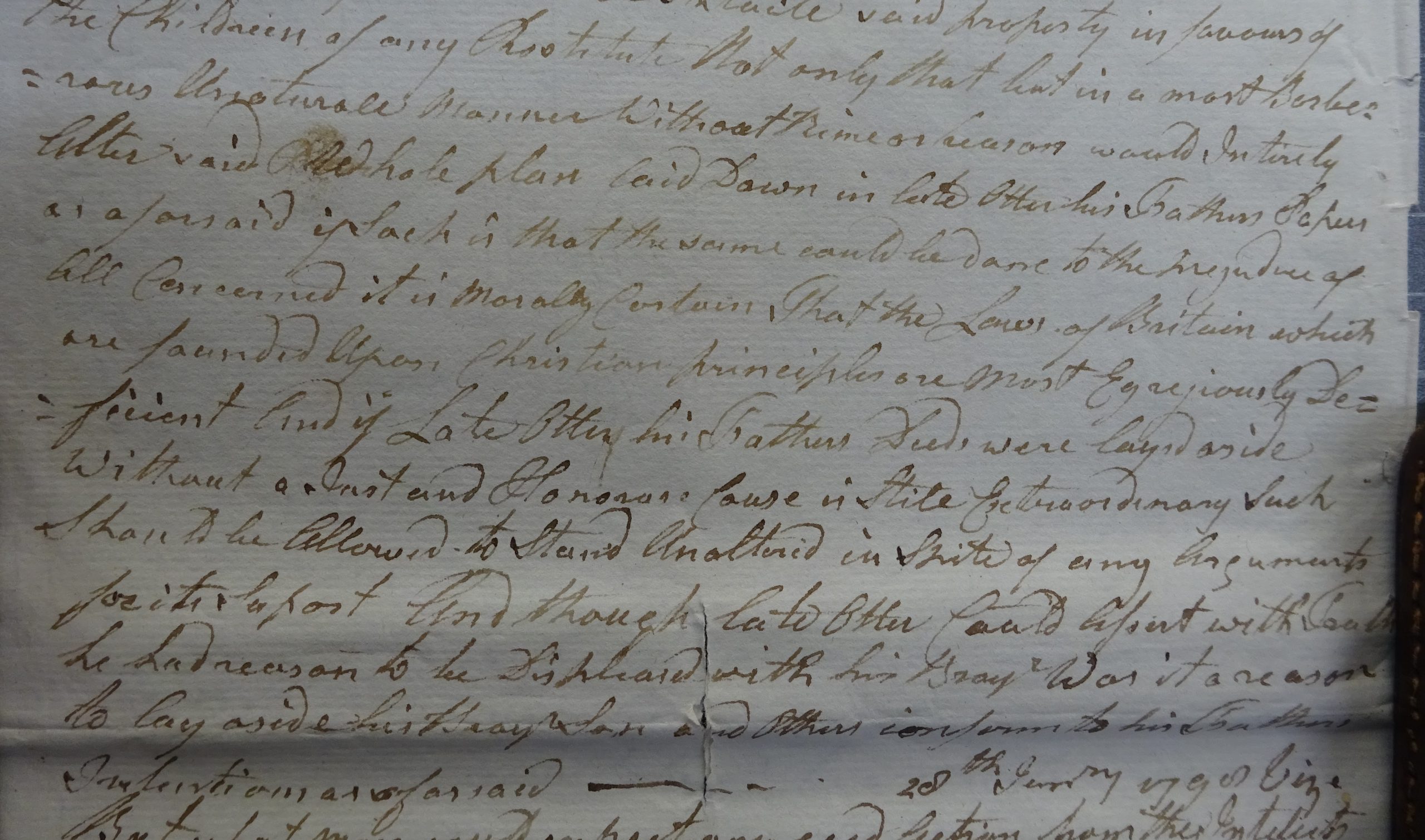 Not only that but in a most Barbe=

=rous Unaturall Manner Without Rime or Reason would intirely

are founded upon Christian principles are most Egregiously De=

=ficient And if Late Otter his Fathers Deeds were layd aside

Without a Just and Honorous Cause is Still Extraordinary Such

Should be Allowed to Stand Unaltered in Spite of any Argument

for its Suport And though late Otter Could Asert with Truth

Here, Ormidale is not holding back in the slightest on his opinion of his brother!  We spent some time wondering who Robert Spiers might be, but the inclusion of the name Marrat led us to that lightbulb moment. It’s a mondegreen, a mishearing or misinterpretation of a phrase in a way that gives it a new meaning. Mr Robert Spiers is in fact Robespierre – Maximilien François Marie Isidore de Robespierre, one of the leaders of the French Revolution. Marrats was of course Jean-Paul Marat, a fellow revolutionary, who was assassinated in his bathtub. 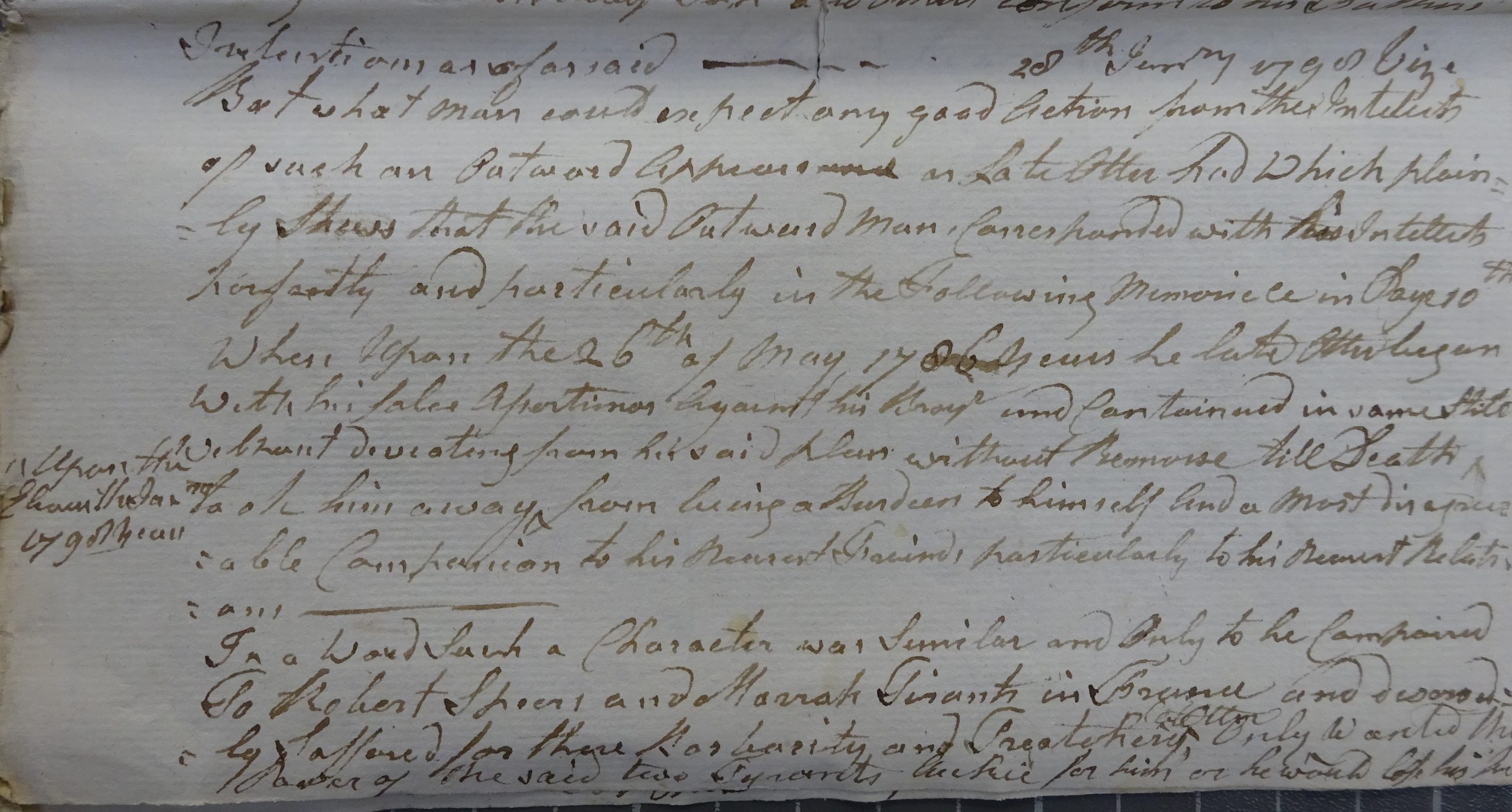 But what man could expect any good Action from the Intillicts

of such an Outward Appears as Late Otter had which plain=

=ly Shews that the said Outward Man Corresponded with his Intillicts

perfactly and particularly in the Following Memoriall in Page 10th

To Robert Spiers and Marrats Tirants in France and deserved=

=ly Saffered for there Barbarity and Trearchery , late Otter only wanted the